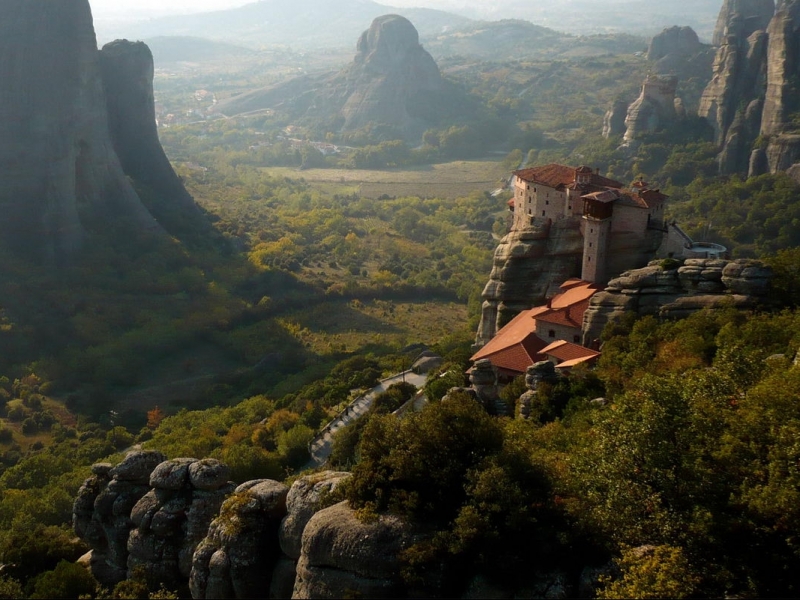 Meteora: A rock formation that hosts one of the largest Orthodox monasteries. There are 6 of the original 24 monasteries remaining. This are is located near the city Kalambaka. There are many caves constructed over 5,000 years ago. The scenary here is breathtaking as everything is built 1800 ft above sea level. The first people to inhabit where monks in the 9th century AD. The cliff walls and great height kept away unwanted visitors. During the second world war, the site was bombed and many art treasures were stolen.

How to get to Meteora: We recommend using a paid guided tour. You can access the area either by train or bus. You can get the train by taking the Metro red line to Larissa train station. From there, you will need to take the train until Kalambaka station. The public bus KTEL ,termal B is located 260 Liosion street. The station is not located right on the street but on a narrow street called Giousiou. The best way to get there is by Taxi as there is no Metro stop in that area. The trip is around 4 to 5 hours, so a day trip is not recommended unless using an organised payed tour