A journey through history and mythology. Relive the golden age of Greece. The city that became the cornerstone of western civilization. Stroll through the picturesque old town of Plaka, past the Acropolis and ancient theaters and stadiums. This is were the modern world began.

Meet us daily at the Monastiraki Square at 10:20 sharp. The tour around the historical center of Athens can last anywhere between 2.5 and 3 hours, depending on the number of stops and questions asked.

Pay what it's worth

Strange as it may sound, our tours are 100% free to join. All our tours operate on a “pay-what-it’s-worth”- basis to suit everyone’s budget.

Although you could just show up and join the tour, it is highly recommended to book in advance as free places are often quite limited.

The tour at a glance

How are the tours free?

Our Athens free walking tour have no fixed price. They are based on name-your-price system. The choice to remunerate the guide/local expert is a 100% voluntary. We are confident in the quality of our walking tours and you will be satisfied and will want to compensate your guide.

Shall we go into the Acropolis during the tour?

No, we will explain it and other sites of interest, from various nearby viewing points. So be sure to allow some extra time in your schedule to visit the Acropolis if you are in Athens for a short time.

Do I need to book?

Although we do hold a number of just-turn-up places, these can be filled quickly so to guarantee your place we strongly recommend you book in advance. It’s easy!

How can I join the tour?

Easy! We run tours almost daily, just fill-in the booking form and show up at the meeting point. You could just turn up, but remember that places are limited.

What language are the tours in?

All tours are in English language. Spanish coming soon.

What is the itinerary of the tour? What shall we see?

There is over 7000 years of history in Athens; you can not possibly see it all in one day. We focus around the historical center of Athens around the Acropolis, as in our opinion, this is the best of Athens.

We end close to an entrance of the Acropolis and close to other major tourist attractions. Please see the itinerary for more details.

What a nice tour! Had a very nice tour with Stavros (I think that's how it's spelled). A lot of very interesting historical information in a dynamic walk around the city. In don't usually leave reviews but this one was really nice
2 days ago

Perfect introduction to Athens Lovely three hours with Stavros. Gave us a good historical overview of Greece, with small interesting tidbits about the city. Funny, helpful and interesting!
3 days ago

Great guide Walter was a great guide. His studies in archeology and work in the field helped the trip be super insightful. No question was left unanswered.
6 days ago

Best tour to do in Athens (if you love history and culture!) Absolutely amazing tour! Stavros was our guide and he led a really great tour. You get to cover a lot of history and sights and it was really easy to ask questions during the tour. Without doubt this is one of the best things to do in Athens. You have a break halfway to get coffee etc. Tour lasted over 3 hours ending up at the Royal Park near Parliament building.
1 week ago

10/10 recommended Free Athens Tour Walk !! Overall Walk Tour was perfect and guide was so friendly creating a very safe and overall nice environment!! Walker, Thank you so much!!!
2 weeks ago

Fabulous walking tour! Walter was amazing, his knowledge was very impressive as a former archeologist. He answered all our questions and we even received restaurant recommendations. I'm very happy to start my exploration of Athens with this walking tour. Thank you Walter!
2 weeks ago

Highly recommend! Walter was fantastic - very knowledgeable, attentive, and entertaining! Highly recommend! It was a great way to spend the morning and get acclimated to all Athens has to offer.
2 weeks ago

Great tour Walter is a very cool guide. I would really recommend this tour at the beginning of your trip to get an overview of the city. Walter also provides tips for reastaurants and places to go as a local
2 weeks ago

Recommended tour!!!! Walter was great, interesting and enthusiastic. We walked through all historical sites and understood the amazing history of Greece
3 weeks ago 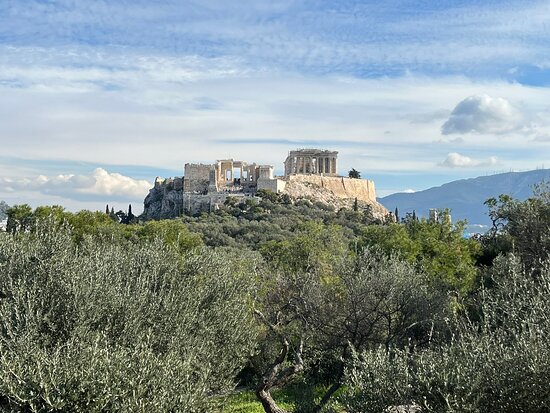 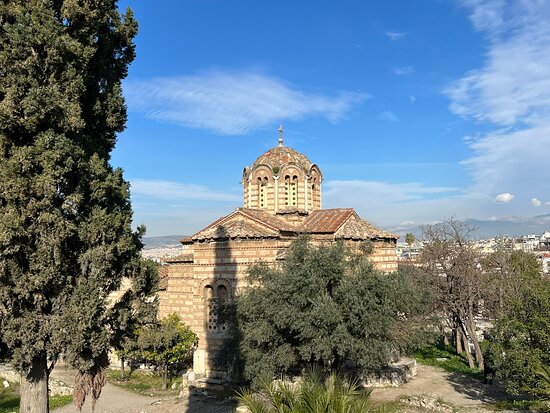 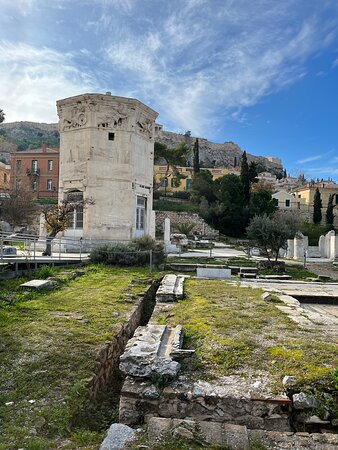 Worth the booking…. Worth the tour guide Walter brought through the history of Greece. Quite an amazing tour guide with a lot of knowledge and a sense of humor. Although free I would recommend giving him a sensible amount of tip as you would not be able to get all information in just one sitting
3 weeks ago

Insightful tour !! Walter was very Detail has a lot of insights about history and archaeological knowledge. The tour was 2.5 hours but was amazing !
1 month ago

Walter is an amazing guide! We loved Walter! He was so knowledgeable and shared it in an interesting and exciting way. He made excellent recommendations and really gave us an excellent taste of ancient Greece. Don't miss the free tour and look out for Walter. as a Greek American with an archeology backround, he is your perfect guide.
1 month ago